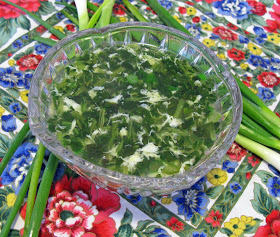 Ordinarily I work my 40 hours from my home office, but occasionally have to attend a mandatory meeting at the facility that issues my paycheck, grins. So, it happened this past Wednesday, I had to schlep through snow and ice, and ended up being an hour late due to multiple car accidents that were scattered along the interstate.  Even in the beautiful Twin State Valley of Vermont and New Hampshire we haven't learned that the posted speed limits are for that one perfect day in July when the roads are bone dry,  the sun is out and is in perfect alignment with the rest of the cosmos, and you are the only vehicle in miles and the deer and the moose are in some  distant hidden green pasture or bog (As an aside, even though there is much criticism  and derision of the driving habits of our "flatlander" brethren,  I did not see one out-of-state vehicle off the road).

Anyway, as I was running breathlessly down the hallowed halls  trying to find an obscure conference room, I ran in a dear co-worker Betty D.  Betty is blond, lithe, ethereal , a delight to the eyes and to the heart.  As she is often wont to do, she sprinted along with me and  asked me how my blog was going and what was new . In between gasps of air, I mentioned I had made an egg drop soup but wasn't going to post it, as it was very simple and quick, good, but not restaurant quality. It is one, however,  that I would certainly make again, as both Ole Sweetie-Pi and I ate big bowls of it.

"Oh, I would love that," she exclaimed.  "This would be perfect for me right now."  I gave her a hug. My friend is recovering from an extended illness and is slowly regaining her appetite.  Yes, of course, I would happy share.

This is my first try at egg drop soup. The recipe not very specific as to quantities so I guessed.  I think I added too much spinach (I used spinach from a frozen package, took out a hunk, defrosted in the microwave), and perhaps three stems of scallions (also known as green onions, depending on where you live).  I could have added more chicken broth to (obviously) make it more brothy and less spinach-y, but we like spinach, so it was fine with us.

In the time it takes to open up a couple of cans of broth, add fresh or defrosted spinach, chop up a couple of scallions, stir in some beaten egg, you have a delicious, nurturing, nourishing soup.

In a large saucepan, bring the broth and sugar to a boil over medium heat and then reduce the heat to low.

With a whisk or chopsticks, stir the broth in one direction only (you are trying to make the desired egg threads) and add the egg in a steady stream.

Remove from the heat and add the spinach and  scallions.