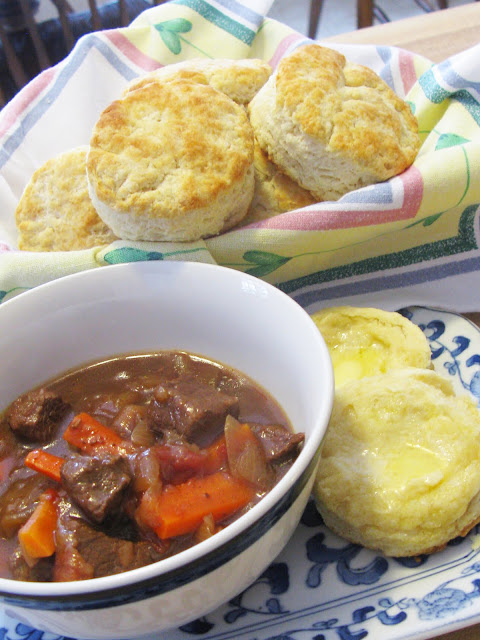 Doggone it's been cold here.  We probably don't have as much snow on the ground as some of our southern and western cousins do, but we sure have plenty of the low double and single digit temperatures.  Once we get chilled, the cold goes to the bone, and it seems to take forever to thaw out.  (Have you ever noticed that in some places folks use the colloquialism  unthawed, such as unthaw the meat, when they really mean thaw? I digress but felt a need to point it out, grins.)

It's a good day to turn the oven to bake something hot... 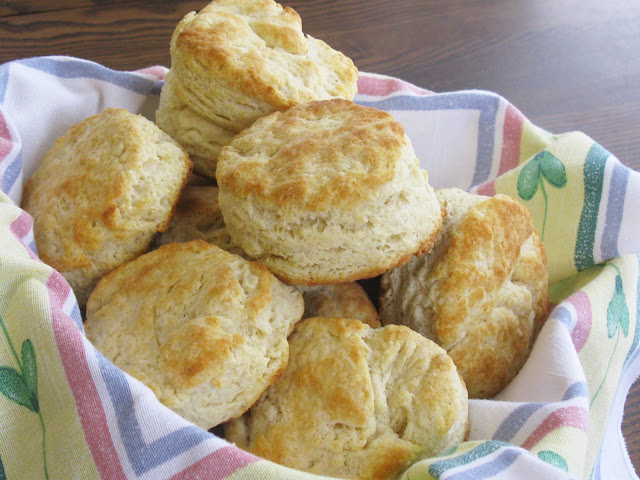 and set a pot on the stove to simmer something long and slow and comforting... 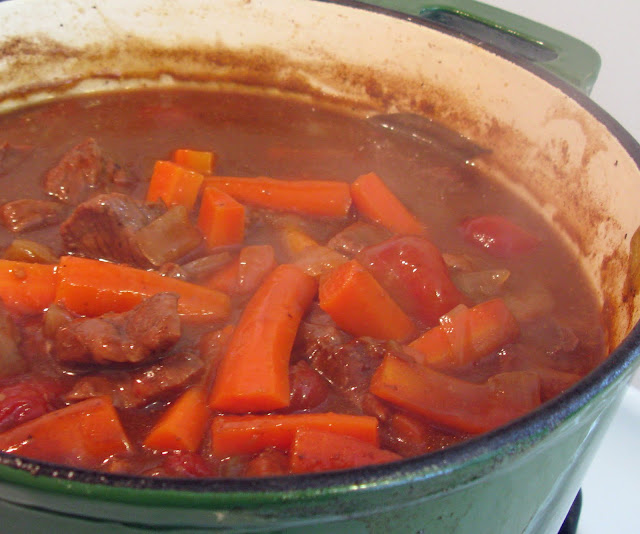 It was just one of those days when no one minded the kitchen being heated up.

For a short while during the Depression years, my grandfather cut wood for a living and, in conjunction,  my grandmother ran a small boardinghouse of sorts where the workmen could stay and she'd feed them. She provided very simple fare she told me, but her baking powder biscuits were a staple, and her biscuits were her pride and joy.  To this day I don' t know of anyone who can make them higher or fluffier or more golden.  I can still see her knobby knuckles, splayed fingertips, the heavily veined hands, working the flour and lard together until "it felt just right."  Brows furrowed, no measuring, just working quickly.

I did not inherit the baking powder biscuit gene.  I have to give my beloved, sainted grandmother credit; she did try to teach me.  I made rocks, hockey pucks, door stops, cannon ballast, but not biscuits.  I gave up. years passed.  And then I saw this recipe on Allrecipes.  And you know what?  They're just as advertised.  They are no fail!  I've made them a dozen times at least since discovering them and every time they have risen beautifully, are tender and flaky, and taste (not quite like Gram's, must be the lard!) good.

Cold weather inspires heartier meals.  I like cooking with wine; it makes the recipe seem so much more elegant, but I mostly cook with white wine, sherry, the occasional Merlot, and of course champagne in my mimosas.   As I'm not a huge beef eater and as Ole Sweetie-Pi isn't much for gussied up food, red wine stays on the shelf until it becomes vinegar.  So, when I found this recipe for Mahogany Beef Stew with Red Wine and Hoisin Sauce on Epicurious I didn't have the recommended Cabernet Sauvignon  and had to substitute Merlot.  I think the Cabernet might have been a better choice, as this stew was a bit too sweet for my tastes, but Ole Sweetie-Pi gave it a big thumbs up.  This stew has a decidedly different, but delicious, flavor because of the hoisin sauce ~ sweet, rich, hearty, winy.  It's not the beef stew I grew up with, but one that I would make again.
Posted by Katy ~ at Wednesday, December 23, 2009